Nurturing and celebrating the individual voice

Lisa Rocklin (she/her) found her way to a Women Writing Saturday Sampler in 2006.  From that first circle, it was wonderfully obvious that her writing voice had found a home.  She is a 2015 graduate of the Conscious Feminine Leadership Academy and became a SoulCollage® facilitator in 2020.  Lisa has a BA in English and an MA in Secondary Education from Northern Kentucky University, as well as a BA in International Affairs from the University of Cincinnati. Prior to joining the staff of Women Writing for (a) Change, Lisa spent 21 years as a high school English teacher. She credits her sixth grade teacher, Mrs. Patsy Cash Cole, with recognizing and encouraging her poetic tendencies.  Helping young people cultivate their authentic selves through writing is a passion she pursues as a facilitator of teens' and young women’s classes.  She lives in Mt. Healthy with her husband Tony and dogs Daisy and Hazel. 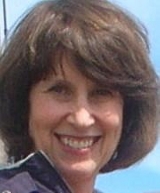 Sally is a passionate teacher of the practices of Women Writing for (a) Change, a role she has relished since 2006. She has the privilege of facilitating the “Marvelous Monday Nighters” and the “Terrific Tuesday Writers,” and has led sampler and outreach classes for the Campbell County Library, Wise Temple Sisterhood, and The Women’s Connection. Sally discovered the magic of Women Writing for (a) Change in 2002, and has been a proud member of the community ever since. Her transformative journey, which began as a Saturday Sampler participant, led her through seven semester classes to the Feminist Leadership Academy, from which she graduated in 2006. She continues to hone her leadership skills by participating in WWf(a)C sponsored workshops and retreats, and by exchanging ideas with other “sister” facilitators around the country.

Sally credits, with gratitude, her teachers and mentors in the Women Writing for (a) Change community (Kathy Wade, Mary Pierce Brosmer, and Mary Ann Jansen), for her growth as a woman, a writer, and a conscious leader. Sally continues to draw on their wisdom as she facilitates her own circles, and finds great joy in spreading the magic of Women Writing for (a) Change to others. 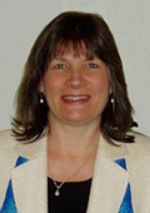 Mary Wood-Constable is an independent development professional whose experience includes serving as Director of Development at Center for Respite Care, Capital Campaign Officer and Director of Gift Planning and Stewardship for The Seven Hills School, and Development Director for Sycamore/Anderson Senior Centers. Mary served on the board of the Greater Cincinnati Planned Giving Council as co-chair of Leave a Legacy and co-chair of the National Philanthropy Day Luncheon. At Knox Church, she was on the Preschool Board and multiple committees, currently on the Memorial and Endowments Committee.

Prior to working in fund development, Mary was a flutist and teacher. She was first affiliated with Women Writing for (a) Change through her daughter’s involvement in the Young Women’s classes and leadership program. At that time, Mary recognized the powerful, positive impact of the programs. In 2011, Mary began to participate in classes herself. She served on the Board of Trustees from 2012 - 2016, and was board president for 2015 and 2016. From 2012-2016 Mary also served in a volunteer capacity to lead fund development efforts for the organization. 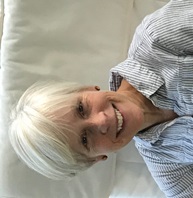 Marilyn Nolan has over thirty years’ experience as administrative and accounting support for a wide variety of organizations, including University of Cincinnati, Frontgate Catalog and WNKU-FM at Northern Kentucky University. She and her husband, Shawn, spent three years in Chicago where she worked for a firm that manages private art collections. Thrilled to be back in Cincinnati, she was extremely excited to begin her first Core Class with Women Writing for (a) Change in January of 2016, as well as embracing her new role as Media Coordinator with an incredible group of supportive, strong and wise women. She and Shawn reside in Cincinnati with their dog, Lily.