Nurturing and celebrating the individual voice 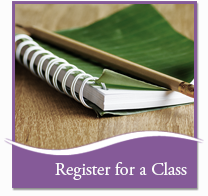 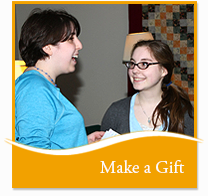 Pam is a singer and a songwriter.  She was born and raised in Cincinnati, where she got started performing music and sang with May Festival Chorus. She attended The Ohio State University, where she sang with the Columbus Symphony Chorus and graduated with a BS in Occupational Therapy and minor in music performance.  To avoid getting a “straight” job, she joined the Peace Corps (Costa Rica '92-'94), where she sang with the Costa Rican National Symphony Chorus. Upon her return to the States, she formed a band with her husband and started performing her songs with the now award-winning American Roots group, Wild Carrot.  When not making music, she can be heard as an on-air host on both Classical 90.9FM WGUC and NPR affiliate radio station, 91.7FM WVXU.

Diane Debevec encouraged her to bring her song writing to Women Writing for (a) Change®.  She has been a Tuesday morning writer at WWf(a)C since 2013 and is a graduate of CFLA in the 2015 Elementals cohort.  Her passion is to help women find or rediscover their singing voices.  She lives in Oakley where she loves (in no particular order) playing music with others, reading, her guitar, her husband, and her four rescued animals, two dogs and two cats.

Jane has been a core class participant at Women Writing for (a) Change since 2005 and a graduate of the 2013 Conscious Feminine Leadership Academy. She joined the WWf(a)C board in January 2013 as a way to give back to an organization that had delivered an enduring and enriching core community experience for many years. Jane is a true believer in circle practices beginning with the first time she sat in a Brownie circle. She is passionate about bringing the Women Writing for (a) Change practices she loves to any area of her life that might benefit, including her workplace at NetCrafters, a local web design and development agency. She finds the powerful listening and read-back practices utilized at Women Writing for (a) Change to be especially helpful when interacting with both customers and co-workers.

Donna Maile found Women Writing for (a) Change in about 2002, after hearing its name mentioned on WVXU over many years. She does not perceive herself as a writer, but enjoys journaling, writing essays and an occasional poem. From that first class, she became a believer in this organization, and the value of the processes to stimulate writing, listening, and sharing our words in a safe space, without fear of criticism or competition.  Donna graduated from the Feminist Leadership Academy in 2009, in the class of “Evolutionaries.”  She then co-facilitated summer camp classes for girls, and led a few sampler sessions.

Donna grew up in Cincinnati, and received a B.A. in Health and Society from Brown University. She pursued a career in health insurance for 13 years. She then worked part-time in her husband’s small business for 13 years, handling bookkeeping, payroll, taxes, and human resource needs, while being a full-time mother of three children.

Beginning in 2010, Donna pursued a new career as a Speech Language Pathologist, graduating from the University of Cincinnati with an M.A. in spring 2013. She works with adults in the field of Home Health Care, to address impairments in swallowing, speech, language, voice, and cognition.

She is grateful to take on the role as Treasurer for the WWf(a)C Board of Trustees, to use her financial background in support of this critical organization that inspires and applauds women,girls, and all genders to write their truths, lift their voices, and be heard.

Krista first learned of Women Writing for (a) Change as part of a storytelling workshop through the Chamber’s We LEAD program several years ago. She immediately fell in love with the organization and its mission and knew she was destined to get more involved. She finally had the opportunity to do so in January 2019 when she started Thursday morning Core Classes. Krista enjoys writing in many diverse forms, most recently focusing on Middle Grade fiction and personal essay. She believes words can transform lives and is delighted to be able give back as part of an organization that strengthens our community one voice at a time.

Krista is a native Cincinnatian, a graduate of St. Ursula Academy and University of Cincinnati’s M.B.A. program. She is currently Chief Communications and Engagement Officer for Cincinnati Public Schools, and previously held roles as diverse as a Caseworker for a Member of Congress to Head of Communications and Brand for a Fortune 1000, publicly traded company. Krista is engaged in the community, acting as volunteer and/or board member for several non-profits including PreventionFIRST, Talbert House, the Junior League of Greater Cincinnati, and Junior Achievement. 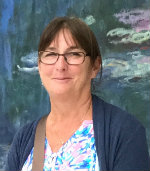 Wendy has an adventurous spirit. She ended up in the Cincinnati/Northern Kentucky area after growing up in Massachusetts, college in New Hampshire earning a psychology/sociology degree, and then becoming a VISTA Volunteer. As a VISTA Volunteer the organization sent her as a social worker to Brighton Center in Newport, Kentucky where she worked with children and adults.

After a few years in social work, Wendy went on to get an education degree and then her Masters in Elementary Education. She started a Montessori style kindergarten classroom and taught various other grades 1-8 for 24 years. While raising her three children Wendy was elected to be a parent representative for Fort Thomas Schools’ Site Based Council for both Elementary and the High School. She served for 6 years.

Since retiring from teaching school, Wendy joined Women Writings’ Terrific Tuesdays writers. She also became trained in Enneagram teachings and participated in Mindfulness Based Stress Reduction workshops and retreats. She is now finishing her Life Coach certification from the Martha Beck Wayfinder training.

During the summer of 2017 Wendy became a grateful member of the LightBearer cohort when she attended the Conscious Feminine Leadership Academy (CFLA). For her CFLA graduation completion Wendy facilitated writing circles incorporating Enneagram teachings. Those circles highlighted how well Women Writing circles blend with the inquiry of the Enneagram circle.

Wendy loves traveling the world, exploring new avenues for adventure and enlightenment. Women Writing has provided a strong sense of home and grounding from the time she walked through the doors in 2013.

Ashley Aya Ferguson is a writer, editor, author and content strategist. She is a native of Springfield, Ohio, but has been living in Cincinnati for more than 10 years. She began writing in WWf(a)C circles in 2015.

So far, she has self-published two children’s picture books titled, Girl, You Are Magic! and Boy, You Are Brilliant! and often speaks to classrooms about her journey as an author. She is currently writing a colorful memoir based on her journey as an ambitious single black mother.

Ferguson graduated from Ohio University’s Scripps School of Journalism in 2006 and today she combines her training and experience with marketing strategy while serving as a writer on a dynamic content marketing team. 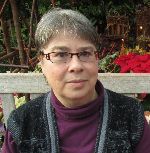 Vicki's current focus as a creative writer follows a long career teaching religious studies at West Virginia Wesleyan College. She enjoys her personal writing of all kinds, but her creative energies are focused on the opening book of a murder mystery series.

When Vicki and her spouse moved to Cincinnati to be with family, she discovered Women Writing for (a) Change.  She took her first Core Class in Fall 2018 and was astounded to experience both the healing and power of women’s voices lifted in community.

Vicki began serving on the CORE (Connection, Oversight, Reflection & Education) Committee of the board in 2021, and continues as part of that committee.

Anita Raturi feels like a native Cincinnatian, as it is the place she has lived longest, raised her kids and husband, and built her village. Minneapolis and Lucknow, India are her other hometowns. She taught political science for some years and then became an online bookseller. Anita is a writer, a mother, and a social networker. She loves reading, music, traveling, writing and meeting eclectic people.

She did her Senior Cambridge (earlier high school) from La Martiniere Girls School and her undergraduate degree from Isabella Thoburn College in Lucknow, India. Anita has a masters degree in public administration from the Humphrey Institute at the University of Minnesota and her doctorate in political science from the University of Cincinnati.

Anita took her first sampler in 1997 and loved it. When her youngest got his driver’s license in 2016, she joined again and has been a regular ever since. Anita was always a journal/diary writer and loves to regale friends with stories of her experiences and the wonderful people she meets. Women Writing for (a) Change gave her a structured weekly evening to share writing and learn from her circles. She feels that everyone has stories and talents and enjoys being able to be part of this unique community.

Carol Walkner has been a sales and marketing executive, writer and teacher for over 40 years. She is a trained and accomplished public speaker, workshop leader and group facilitator. As a right brained entrepreneur, reiki master and clairvoyant medium, Carol maintains a busy and successful holistic healing practice.

Her business articles have appeared regularly in trade journals since the 1980’s. She is an award winning poet and her poetry and stories have appeared in magazines, journals and online publications.

Walkner has a journalism degree, a master’s degree in Expressive Arts Therapy and is certified by Women Writing for a Change to conduct writing circles. For the past 10 years, she has been facilitating grief writing circles, write to heal circles for hospice nurses and legacy circles for our wise elders to record their stories for their families.

Carol is one of the authors in Empowering Transformations for Women and Women Living Consciously. Her book of collected poems and essays of love, life & loss – The Glass Is Already Broken – was published December 2018.

Walkner’s book, Getting There…From Here, came out in August 2015. Using the experiential exercises within the book, she leads workshops and private guidance sessions for individuals, entrepreneurs and business people seeking growth and transformation. Her new life guidance program of RADICAL SELF CARE will begin spring of 2020.